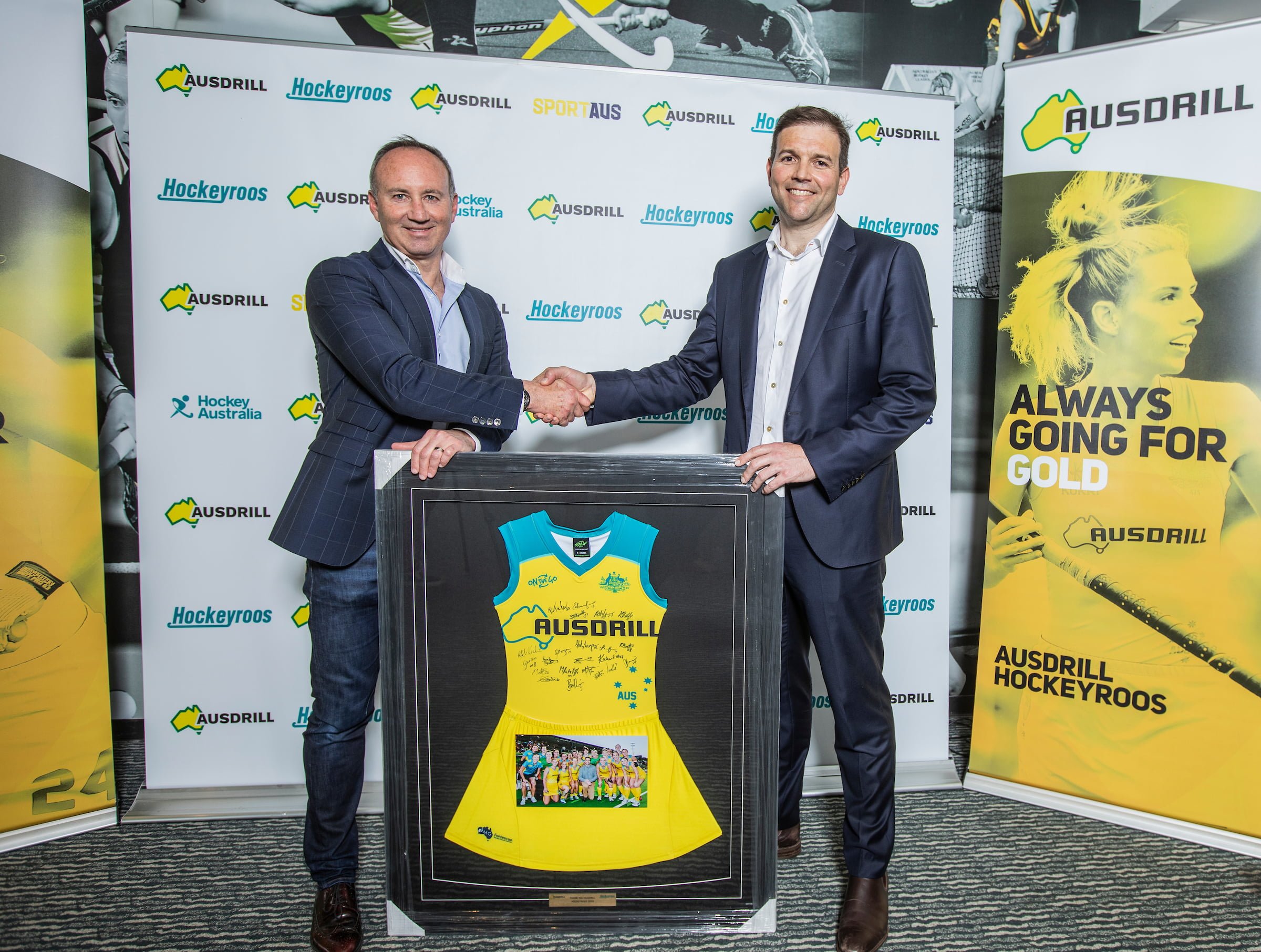 The partnership between Ausdrill and the world number two ranked Hockeyroos has been further strengthened with a new two year contract renewal that will take the partnership past a decade.

Ausdrill’s association with Australia’s national hockey teams first began in 2011, and its continuation as the Official Naming Rights Partner of the Hockeyroos and the Official Supporting Partner of the Kookaburras will take the partnership up to 2021.

In addition to valuable funding for the Hockeyroos and Kookaburras High Performance Program, the partnership also encompasses a range of other benefits.

Ausdrill is dedicated to supporting Hockeyroos players with career development, study and employment opportunities to assist them during and post playing hockey.

Both parties will develop a joint plan focused on promoting hockey through indigenous engagement and other community development initiatives, while also looking to promote gender diversity in mining.

“Ausdrill has shown incredible loyalty and commitment in its alliance with Hockey Australia and particularly the Hockeyroos, and we look forward to continuing to build on the partnership and strong relationships that have been forged.”

The timing of the announcement comes at a fitting time with the Hockeyroos preparing for their Olympic Qualifying Series against Russia this Friday and Saturday.

Since the start of the partnership the Hockeyroos have risen from seventh to second in the world rankings.

“The Hockeyroos are one of the most successful national sporting teams in Australia and we are proud to be part of that and to extend our partnership with them, the Kookaburras and Hockey Australia for a further two years,” said Scott Winter Chief Executive Officer of Ausdrill.

“This is an exciting time for the team and we wish them all the best for the Olympic qualifier this coming Friday and for the duration of our partnership.”

Any cookies that may not be particularly necessary for the website to function and is used specifically to collect user personal data via analytics, ads, other embedded contents are termed as non-necessary cookies. It is mandatory to procure user consent prior to running these cookies on your website.