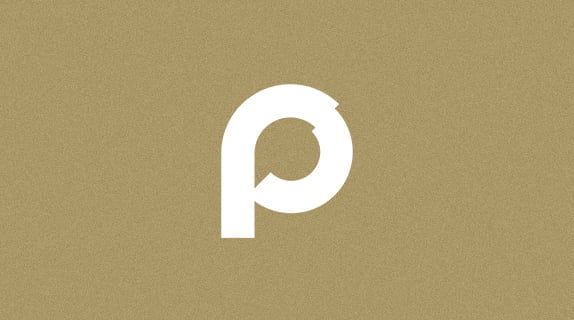 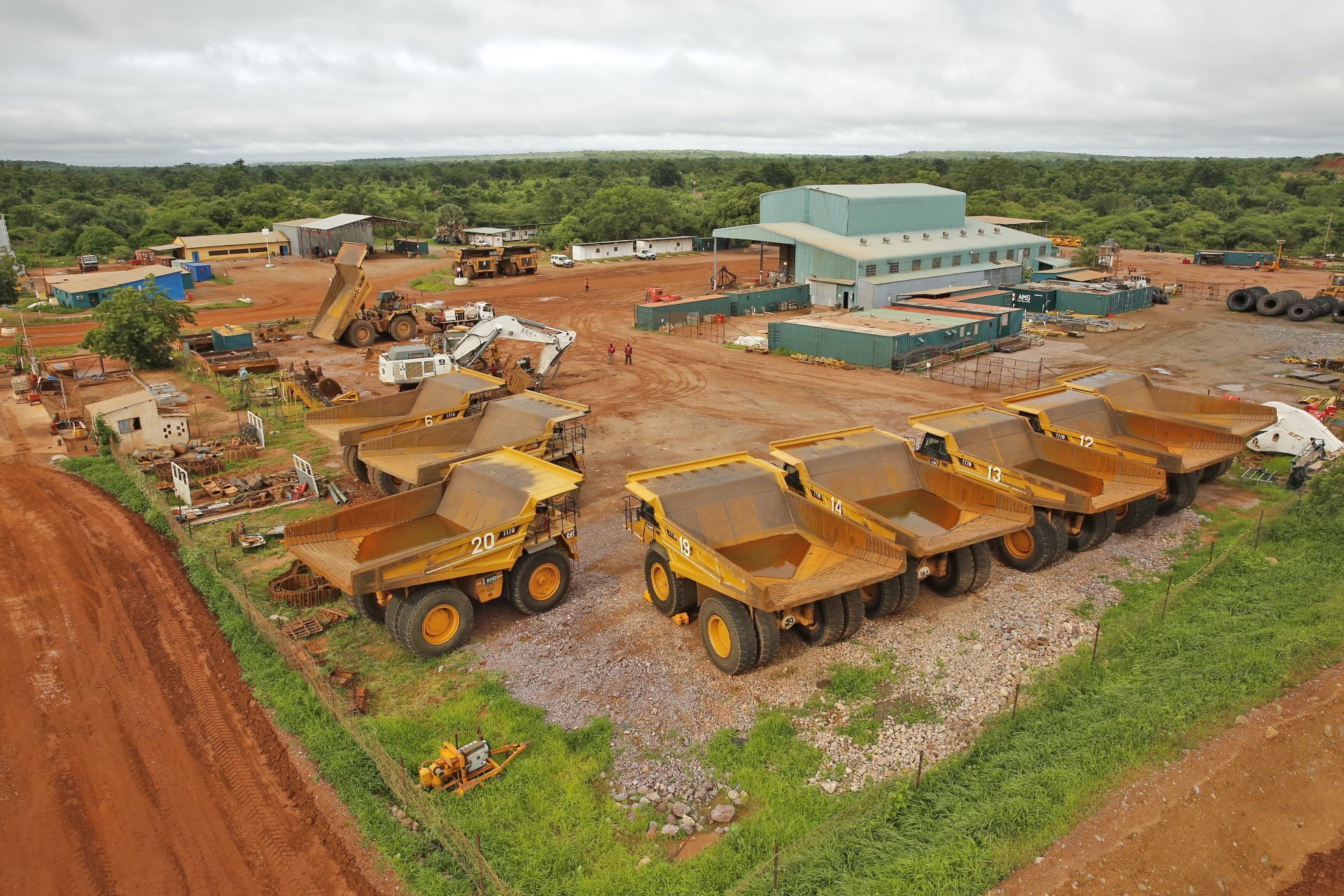 AMS Mali SARL negotiated a contract with AngloGold Ashanti and commenced work in July 2008 after purchasing the current fleet from the incumbent contractor. Contract volumes are for the total movement of 7.7 million BCM’s over a two year period. 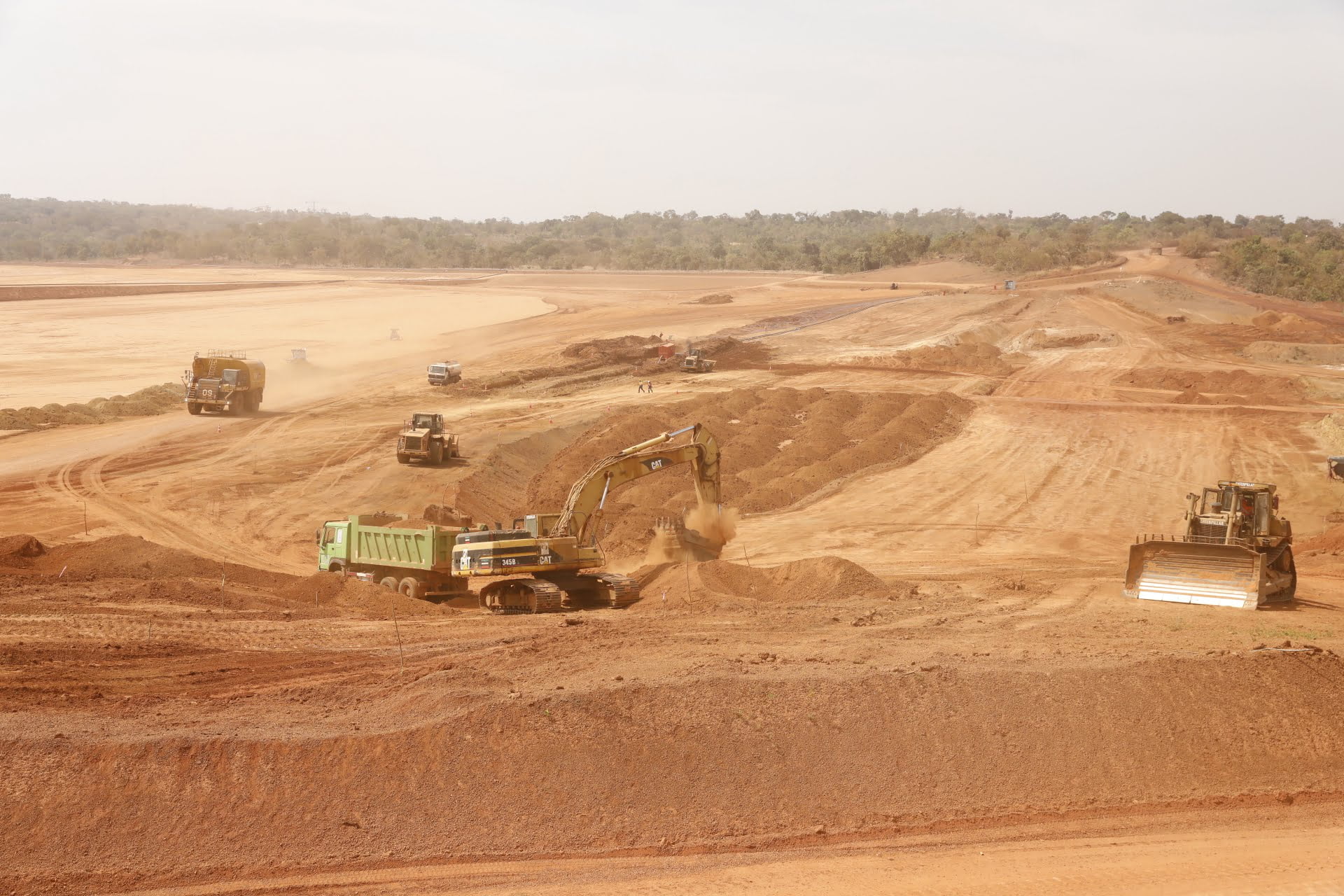 AMS started its operation with SMK in early September 2017 with one open-pit. In 2018 a second pit commenced, increasing our on-site fleet to 6 excavators and 24 dump trucks. The workforce is composed mostly of local community people and 24 expats.

SMK is the operating entity in country, Hummingbird is the listed corporate. Founded in late 2005, Hummingbird Resources is an African gold producer, developer and explorer, which was listed on AIM in December 2010. The Company has significantly grown its global resource inventory from an initial 0.8Moz to 6.4Moz. 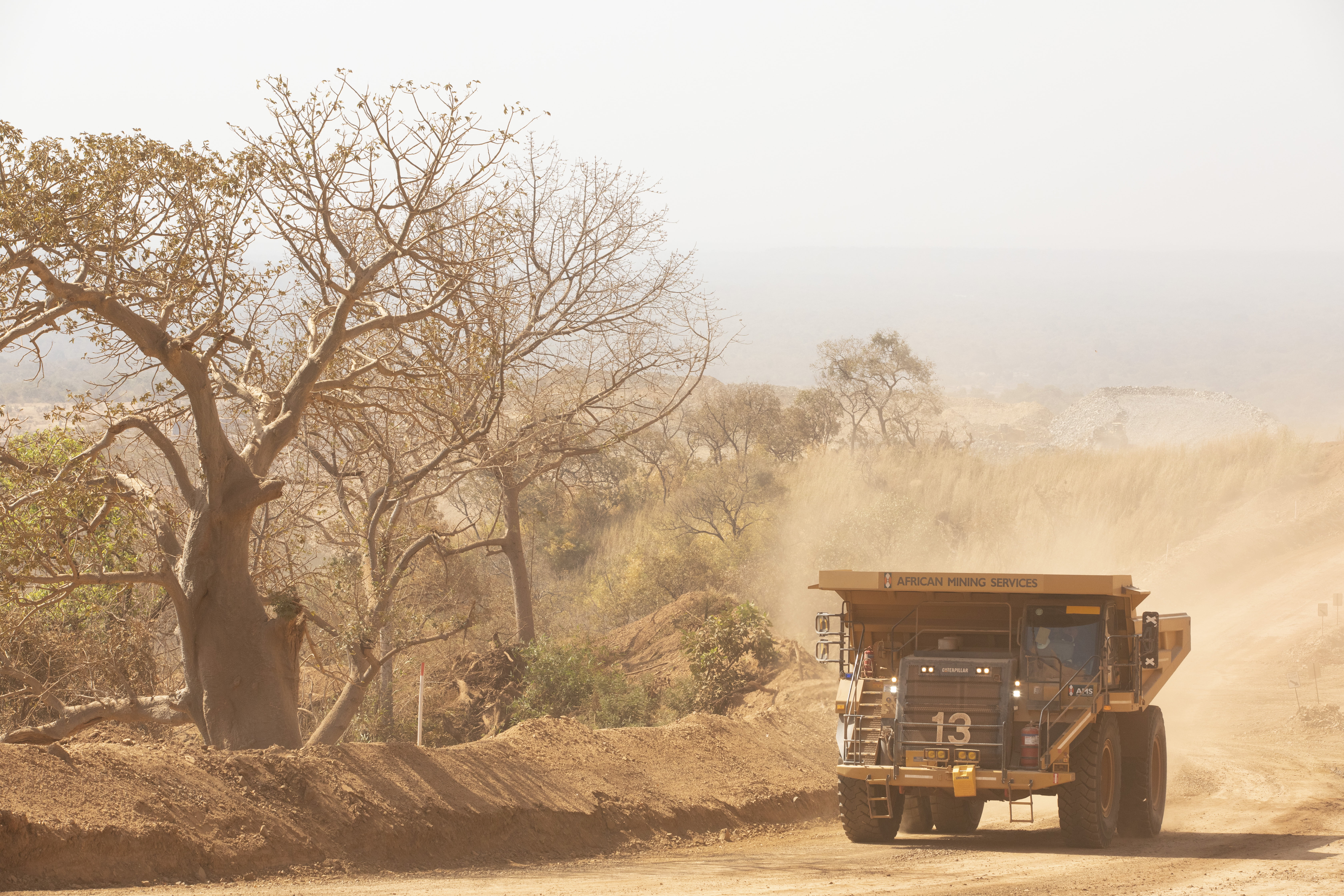 In the present day is AMS’s Senegalese journey; a journey which began almost exactly three years ago in 2016 as part of the business’s ongoing footprint expansion strategy. AMS’s venture into the country has kicked-off with the Mako project in the southeast, and the (at least) six-and-a-half year gold project will lay the foundations for AMS to replicate the same model already successfully implemented across much of the rest of West Africa. The project currently runs with 3 main production excavators, 14 CAT 777F trucks, 7 DPI Panteras rigs.

Consmin, through its wholly owned subsidiaries, owns 90% of Ghana Manganese Company Limited (GMC). The remaining 10% is owned by the Government of Ghana. Operations from this mine have a history stretching back to 1916 when the first manganese material was mined from the site. AMS was awarded the Mining Contract by Ghana Manganese Company Limited in March 2017 which was reviewed annually until February 2019 when AMS was awarded a two-year contract extension. Scope of works are mainly Load and Haul on hourly hire. 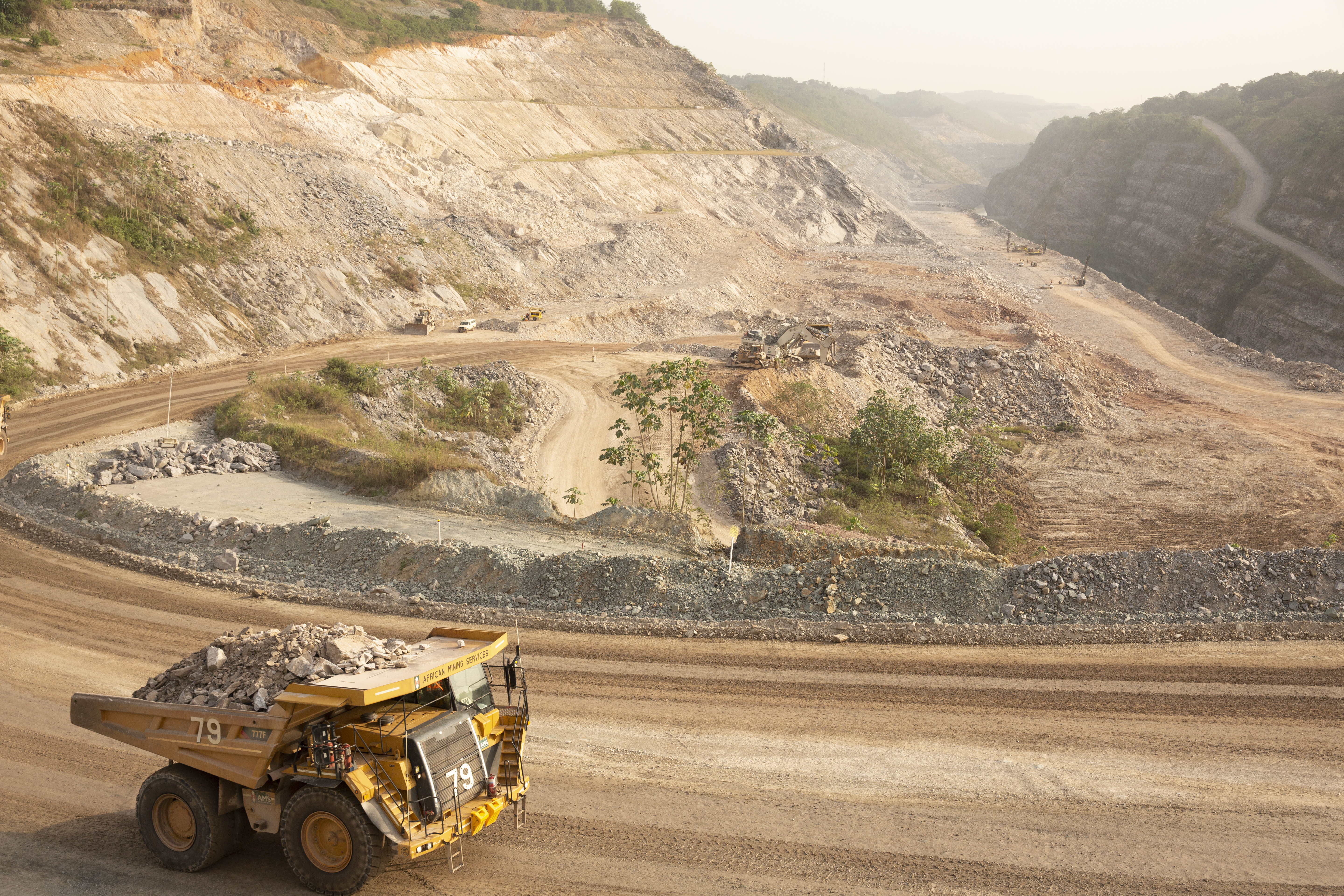 Iduapriem mine comprises the Iduapriem and Teberebie properties in a 110km2 concession and it’s located in the Western Region of Ghana, some 70km north of the coastal city of Takoradi and about 10km south-west of the Goldfields Tarkwa mine. Iduapriem mine is an open-pit mine and its processing facilities include a carbon in-pulp (CIP) plant with a gravity circuit.

In 2018, Iduapriem mine increased production 11% year on year to 254K oz and again to 275K oz in 2019 (the mine highest production since 2004). The production increase was driven by key factor of mining deeper and higher-grade areas in the Teberebie pit, where AMS was contracted to mine. AMS was awarded the mining services contract in February 2014 worth about 15 million US Dollars per year which is reviewed annually. Under the mining services contract, AMS is responsible for supplying all incidental goods, mining fleet and skilled labour necessary for the proper completion of the works and the performance of the contract. AMS employs 357 people at the Iduapriem project with 38% of the workforce coming from the catchment areas and the host region, and the remaining 62% being employees from the other regions of Ghana.

AMS has worked with respect to the environment and safety for its employees without affecting our ability to deliver AAIL required mining target KPIs. In December 2019 AMS was awarded a 1-year contract extension generating revenue of $45m for open pit mining services, equipment supply and maintenance. Following our revised production schedule issued by AGA, AMS labour numbers effective 16th April 2020 reduced to 267 people with 39% of the workforce coming from the catchment areas and the host region, and the remaining 61% from the other regions. 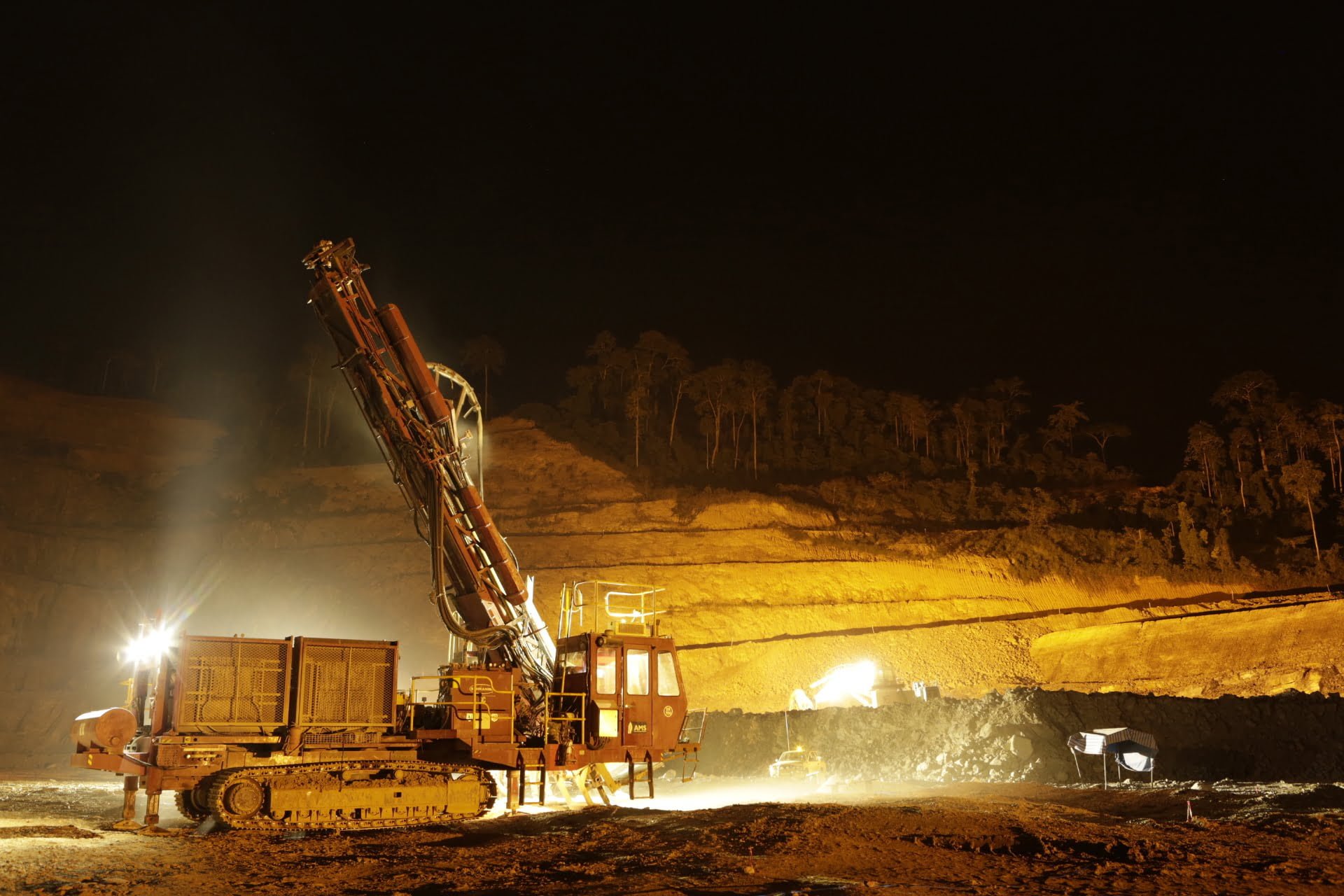 AMS started at Chirano in October 2004 by constructing the Akoti by-pass road to make an access to the proposed Plant Site and to begin earth works for the AMS facilities. Mining started in January 2005 with a gradual ramp up, developing haul roads and pits to achieve 385,000 BCM a month volume target.

At present we are blasting 700,000 BCM of material and hauling 1.2 million BCM per month. There are 6 active pits and construction is in progress on the haul road to another area which will bring 3 more pits on line. 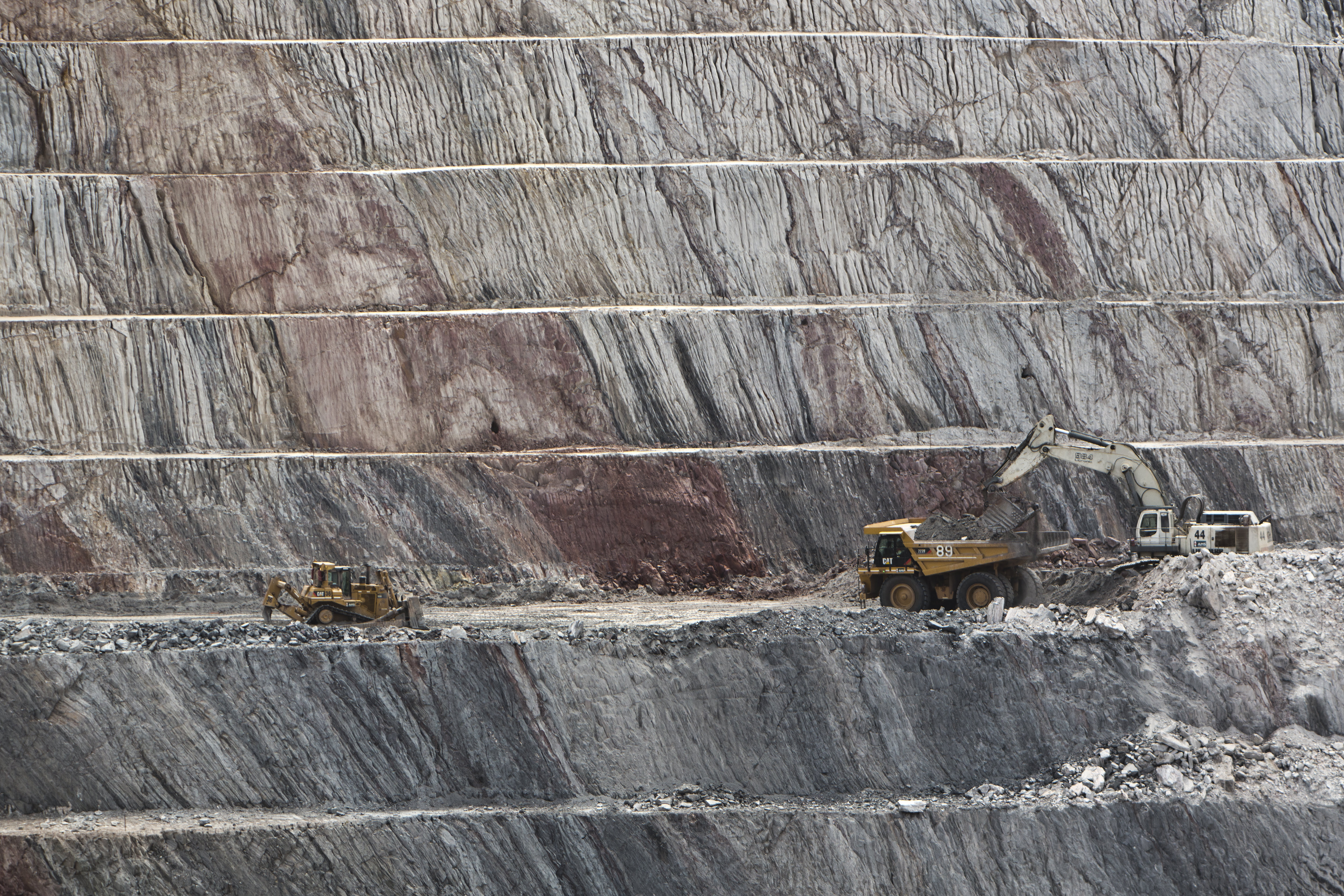 A mining services contract for load and haul and drill and blast.